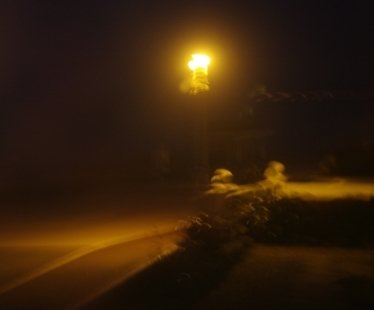 I waited for my son where we were supposed to meet, but he didn't show up.

The weather was getting pretty bad with lots of snow. I knew he didn't have enough winter clothes on to be outside for long, so I got worried... I called his teacher and she said he had already left a long time ago. Wow, that made me even more worried...

I didn't know if I should stay in the spot where I was supposed to meet him, or if I should go around looking for him? What if he would come there and then I wouldn't be there?

I was almost in panic and started running around looking for him, calling the teacher every few minutes asking if he was back there... The school was about to close too and it was already dark outside, so I was getting really scared!

Then finally his teacher called me and said that a woman had called saying that there is a boy who is lost.

I was so happy for that call! I rushed to the spot where my son was waiting with the woman!

Poor little Ben was all wet and cold from walking in the snow.

He told me he had walked the wrong way. Then he had gone into a shop to warm himself for a while. After that he had gone back to the school, but he said the door seemed locked, so he continued to try to find where he was supposed to go.

He had asked a few people for help. The first few were in a hurry and just continued walking, but in the end this nice lady helped him.

She called somewhere to find out the phone number of his school and called them - luckily they were still open!

Ben said he had not been very scared, but I sure was!

Join in and write your own page! It's easy to do. How? Simply click here to return to Find A Missing Person.