How To Find A Lost Friend - This website has been able to help a lot of you reconnect with old friends. Some of you might not need personal help from PIs who work with people searches because you will be able to do it on your own. For example, you could check out one of the sites available, like the pipl.com or maybe the lycos people search.

You can read her story here:

How To Find A Lost Friend? A Very Personal Case

"First of all I would like to thank you for your Peoplefinderadvice site. It is wonderful to get advice in finding lost friends and relatives.

Let me tell you about my own case. When I was cleaning up the attic I found a letter written to me from Marek Z, a Polish guy who I was dating during my last year in high school. That was in a long time ago, in the 70's.

The letter was written in 1978, four years after we had last seen each other. He told me about his new life in his home country Poland. He wrote about his young son Maciej, and about the extreme difficulties for him and his girlfriend to find a flat in Warsaw that was big enough for the three of them.

He wrote about his dream to move somewhere where life would be easier and where they all could live together as a proper family.

Marek was a very sweet and good looking boy. He had come to Finland as an exchange student and both of us knew that he had to return to Poland within a year. That didn't stop us from meeting almost every day and we really enjoyed each others company. 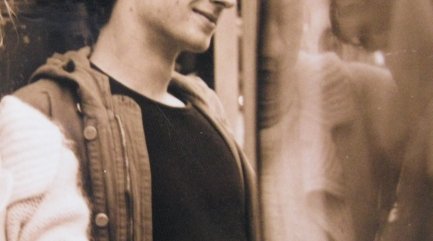 After his returning home we kept in contact by writing letters but I guess I was the one who stopped writing after a while. Marek was a little more consistent but the letter I found in the attic was the last one.

There I stood with the letter in my hand wondering what had happened to him. What became of him? Did he move to another country with his family? Did he fulfill his dream? Was it possible to find some answers on internet? I decided to give it a try.

This was how I found your site People finder advice. I started to follow your how to find lost friend suggestions. I googled Marek's name. There were hundreds of them. People living in Poland but also USA, Australia, Germany, UK, Sweden, Denmark and Austria.

So I had to come up with another idea. Facebook...? There was no Marek Z.

So I googled his son's name Maciej Z and his birth year.

What did I find? One Maciej Z born in 1977 playing in a football team. There was a photo with young football players on a very grey football field. The picture was from 1989 and it was taken in Stockholm, Sweden. Maybe Marek moved to Sweden with his family?

I made a new search: Marek Z Stockholm. One hit. An address in Stockholm, phone number and the name of a company owned by a person with the exact name I was looking for. I googled the company and the first thing I saw was a photo of Marek!

After all these years I recognized him immediately. There he was, my handsome, sweet Marek! I had found him, very much thanks to Peoplefinderadvice, but also thanks to my own creativity:)

Did I contact him? No. I just wanted to know what had happened to him and I am glad he seems to do well in his new country.

Thank you Maria for sending your story to this Find Lost Friend page and to this website. If anyone else wants to send me thier stories, I will be very happy!